The expected companies include Facebook, Google, Amazon and Intel as well as senior government officials.
The White House will convene a meeting on Thursday on the future of artificial intelligence in US industry with major companies including Facebook, Amazon, Google parent Alphabet and Oracle as well as senior government officials.

Intel CEO Brian Krzanich and the chief technical officers of Ford Motor and Boeing are due to take part, along with executives from Mastercard, Microsoft Corp and Accenture, the White House said. 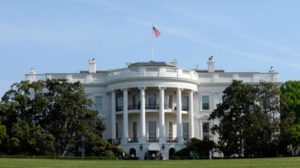 The Pentagon and the US Departments of Agriculture, Commerce, Energy, Health and Human Services, Labor and Transportation are due to take part in the daylong event that will look at artificial intelligence (AI) innovation and research and development and removing barriers to its application.

“AI is quickly transforming every segment of American industry – from applications in precision agriculture and medical diagnostics to advanced manufacturing and autonomous transportation,” the White House said.

Dean Garfield, president and chief executive of the Information Technology Industry Council, called the event “an important step to building collaboration between government and industry.”

“The tech sector is committed to ensuring that all Americans reap the benefits of this transformative technology, which has the potential to save lives, improve how we harvest food, transform education and more,” Garfield said.

Britain last month announced a 1 billion pound ($1.4 billion) joint investment in the AI industry, while the European Union announced it would boost AI investment by about 70 per cent to 1.5 billion euros ($1.8 billion) by 2020.